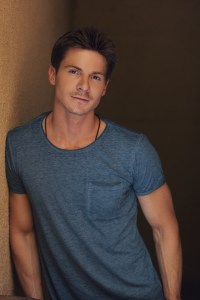 Robert Palmer Watkins was raised in North Carolina and Virginia and was a very active kid. In a household with a dad who loved sports, as well as sisters who were into dance, Robert had a very well rounded child hood. He has always had a knack for entertaining and making people laugh. Robert never thought performing for people could be a career option until his first high school play. After that, he was hooked. Robert auditioned for a center for the arts high school and was accepted into two programs. For the next four years, Robert began building his craft as an all around actor and singer. During high school, Robert participated in the YMCA teen leaders program which consisted of high school students from all around Richmond who demonstrated excellence in leadership. There, Robert volunteered nearly 400 hours of community service throughout various areas of his community. Once Robert graduated high school, he attended Christopher Newport University for two years where he majored in Musical Theater. He then transferred to The American Musical and Dramatic Academy in Los Angeles where he completed the two year conservatory program in acting. He currently lives in Los Angeles and has been building his resume as an actor and model. In his spare time, Robert enjoys hiking at Runyon canyon, crossfit training, rock climbing, and surfing. Robert looks forward to his acting career and all future opportunities in the entertainment industry.