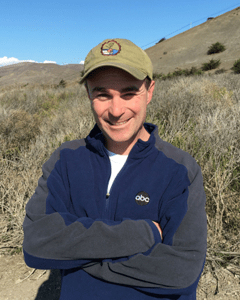 Nathan Varni began working for ABC in November, 2006. He started as an assistant in comedy current programming, spent a year in comedy development, and then returned to working in current programming, overseeing both comedy and drama series on ABC.  He currently serves as Manager, Current Programming, ABC network series.  His current series roster includes oversight of General Hospital and The Middle, and co-covers Once Upon A Time with Mary Ann Wolf.  Nathan has worked on many ABC series including Cristela, 666 Park Ave, Cougar Town, Happy Endings, Once Upon A Time in Wonderland, According to Jim, George Lopez, and Samantha Who?  Prior to joining ABC, Nathan worked in drama development programming at Regency Television.  Nathan started his career working in freelance production on a wide variety of series including How I Met Your Mother (CBS), Listen Up (CBS), ABC Comedy pilot Marsha Potter Gets a Life starring Oscar winner Brenda Blethyn, America’s Next Top Model (UPN), The Bachelor (ABC),  The Bachelorette (ABC), High School Reunion (CW), and For Love or Money (NBC). His first job in entertainment was as production assistant on Whammy! The All New Press Your Luck (GSN). On the digital side, he is the co-creator, along with Nancy Lee Grahn, Kaore Bonell, and Ricardo Martinez, of GH Now!, a six part digital series shot exclusively for ABC.com