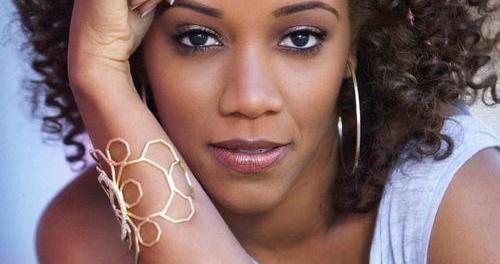 Chrystee Pharris blazed onto NBC-TV as Simone Russell on the hit daytime soap opera Passions and she returned to NBC at night creating passion with Golden Globe Nominee Zach Braff on the hit show Scrubs as “J.D.’S” girlfriend Kylie. She is currently on a docu-series called Queens of Drama, centered around six soap opera actresses that airs on POP TV Network.

This versatile alumni of Emerson College has conquered feature films, theatre and is currently touring her hit one-woman show In Search of O. Chrystee performed in Let Freedom Ring with SNL’s Garret Morris, and Lady Patriot, both written and directed by Ted Lange. She has received two Best Actress Awards and 3 Best Films Awards for Steps of Faith, a Christian faith based film.

Chrystee tirelessly donates her time by mentoring at women’s prisons and traveling the world from Compton to South Africa as an Ambassador speaking to young people on everything from education to setting goals in order to plan a better future for themselves. “My success means nothing, if I have not planted a seed in someone’s life.” “I want to give others what has been given to me: hope, vision and determination.”

Without a doubt, Chrystee Pharris, the beauty with brains and belief is turning heads and making people take notice in all aspects of the entertainment industry — all over the world.