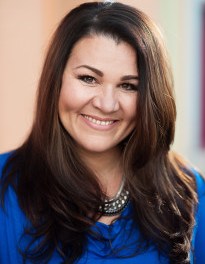 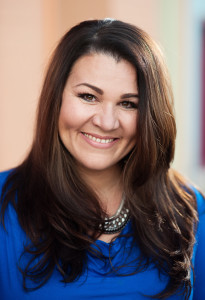 Denise Soler Cox is a sought-after youth speaker on the subject of identity, an entrepreneur, and an experienced Internet marketer. She has built and managed large direct marketing sales teams and led the sponsorship departments for House of Blues and high-visibility Denver-based sporting events. She has been passionate about sharing Enye (ñ) Stories and bringing the concept of Enye (ñ) into the mainstream American consciousness since she first realized she was an Enye (ñ) in her mid-twenties. Before then, she felt alone and isolated in what she assumed was her unique, personal struggle to reconcile the conflicting Puerto Rican and American sides of her identity.
Growing up in Westchester County, NY in the 80’s, she was one of only a handful of Latinos living in her neighborhood or attending her middle and high schools. Although there were more Latinos in her graduating class at Boston University, it wasn’t until she moved to Miami after graduating college that she realized her struggle with identity was not hers alone. Late one night, swapping stories and sharing laughs with new friends at a bar on South Beach, it hit her; “My story is their story too.” The connection and sense of belonging she felt in that moment changed her life. The duality of her identity had shifted from a source of personal pain and isolation into a source of strength and connection. That night, she pledged to bring that experience and sense of belonging to as many people possible. She had only a vague idea then of how to replicate her experience but knew it would involve sharing stories on film, distributed to a massive niche audience. Today she knows how to do it.
In 2012, Soler Cox connected with Henry Ansbacher, a Denver-based Emmy-winning and AcademyAward-nominated filmmaker, and together they are giving this cultural issue an international stage through Project Enye (ñ).
She resides in Denver, Colo.,with her husband, Kevin, and two young daughters, Georgie and Phoebe.

May 29, 2015– Denise Solar Cox will stop by to talk about Project Enye (ñ) and how you can get involved!