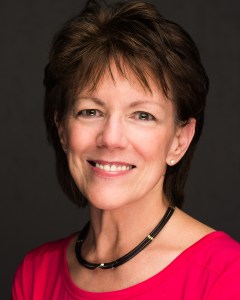 Susan Bennett is the Best-Known Unknown. Oh, you know her… you’ve heard her voice a million times, and you’ve probably talked to her in the palm of your hand, literally. She is the original voice of Siri. She’s also Betty Boop, the voice of Delta Airlines gates worldwide, and probably your bank! She’s a twenty-year-old counter girl, an aging British actress, a school principal, and yes, even a tree.

Actually, she’s a singer, musician, and voice talent, who has spent the last 25-plus years singing, playing, and recording radio and TV commercials, promos, narrations, and on-hold messages for such clients as Ford, Coca-Cola, Fisher Price, McDonald’s, The Home Depot, Goodyear, and most significantly, Apple’s iPhone.

A native of New England, Susan attended Brown University, where she was leader of the a cappella singing group The Chattertocks for three years; sang with Laugh & Cry, a band from the Berklee School of Music, with iconic bass player Abe Laboriel; and met her first husband, NHL star Curt Bennett. She moved to Atlanta, where the music continued:

• She sang the national anthem at NHL games in New York, Philadelphia, and  Atlanta
• Performed in local clubs, and did studio work for such clients as Coca-Cola, The Cartoon Network, Orkin, and Kroger
• Toured as a backup vocalist for Burt Bacharach and Roy Orbison
• Performed for major corporations with The Interactive! Band
• Accompanied improv group Laughing Matters on piano
• Sang the guide vocal for Lady Gaga’s duet with Elton John, “Hello, Hello!”

Susan has one son, Cameron, and is now married to Rick Hinkle, guitarist and owner of Audiocam Music. She has a state-of-the-art home studio where she continues to sing, play, and speak for a living, with clients from all over the US and Europe. Yes, Susan is a busy woman, but she’s definitely a Type A, so that’s a good thing. She’s like Siri – well she “is” Siri: confident, reliable, efficient, and always there with an answer!

May 8, 2015– Susan Bennett will talk about her longtime career as the voice for several major brands and discuss what it’s like being the original voice of Siri.