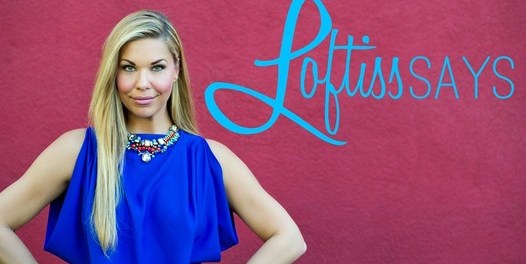 One day it occurred to Emily that even though she had trained to be a dancer her whole life what she did best was connect to people and make them feel comfortable. In 2008 Emily switched her sights from Broadway to Television. Right off the bat Emily starred in “MTV’s MADE” as Kenzie’s mentor. Emily has been fortunate to interview celebrities as Tim Gunn, Christina Richie, Tyson Beckford on the red carpet. She has interviewed backstage at eight seasons of New York Fashion Week with such interviews from Nicole Miller, BCBG, La Perla and Cushnie et Ochs. Emily has emceed for Old Navy National Tour with Olivia Munn, Joey Lawrence, Jordan Knight and Ace of Cakes’s Duff Goldman to interviewing Olympic Hopefuls in Times Square in front of thousands of people for “Road to London” and “Road to Sochi” with interviews from Lindsey Vonn, Nastia Liukin, and Gus Kenworthy. Emily has always felt at home on stage but now gets to use her personality to captivate the audience in any arena.

In August 2010, Emily started “Loftiss Says” basically because she was always giving advice to her friends. She created this platform to share her knowledge of beauty, fashion and style advice. “Make It Work” Monday is her signature post that shows different scenarios on how to make it work! From how to make your summer clothes last into fall, to making a necklace into a headband, to getting a dress altered to fit your body perfectly- Emily shows you how. Emily has been fortunate to have a great following of over 89 countries for ‘Loftiss Says’ and has has partnered with L’Oreal, Evite, Birchbox, Victoria’s Secret Beauty, Sally Hansen, Zion Rotos Wear, Go Smile and the spokesperson for Trina Turk, Henri Bendel, Old Navy, Christina Roth, Remington Hair Products, Caroline Hill and Georgie Beauty Lashes. Emily’s beauty videos have been picked up by Huffington Post, Stylelist and AOL and can be seen nationally and internationally on Instyler’s latest Infomercial where she is the Beauty Expert. Emily is currently the on- camera host and Style and Beauty Expert for Red Carpet 101. She writes articles and hosts How-To videos from everything from how to recreate a celeb’s hairstyle on the red carpet to tips to effortless dewy skin. Basically Emily is your go-to Glamour Girl!

After graduating from the University of Alabama (Roll Tide) she moved straight to New York City to try her hand at being a dancer. For 8 years she worked non-stop as a professional in the industry. A few of her credits include Radio City Rockette, Broadway National Tour of Dirty Rotten Scoundrels, Broadway workshops of Josephine, Leap of Faith and many regional shows across the US. On television she has danced on every major station from VHI, MTV, CMT, NBC, ABC, from David Letterman to National Commercials. She has worked with brands like DKNY, Ferrari, Lexus, Nexxus, Mattel, Lucille Roberts, ERIOS Vodka, Hard Rock, Bowlmor Bowling and Knockout Abs Informercials. Also she won National choreography awards, pageant winners performed her rountines on national tv and choreographed for Ralph Lauren’s campaign and Lisa Lamepalli at Radio City Music Hall.