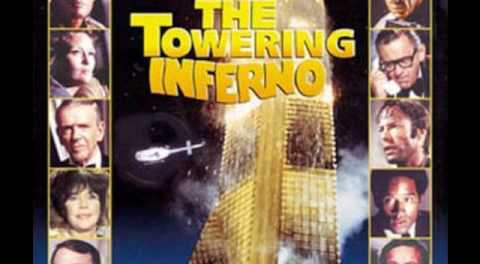 As the song says, baby, it’s cold outside! When even California is bracing for a winter storm, you know the situation is bad! And while we here at Kroll Call would love nothing more than to personally warm each and every one of you up — we’re just that generous — that seems like a rather impractical solution. So instead, we decided to offer up this list of movies featuring tropical environments, hot casts and the occasional heated tryst!

The Towering Inferno
This 1974 disaster flick takes an all-star cast and really turns up the heat by trapping them inside, as one might infer from the title, a really tall building that is on fire. Should anyone sneer at your choice, point out to them that the wildly popular flick received eight Oscar nods (including one for Best Picture), and actually won three (although it lost Best Picture to The Godfather, Part II).

Jaws
If you hit the beach in 1975, chances are good that you thought twice before going into the water thanks to this blockbuster. While you probably spent years being haunted by the scary parts, it’s worth paying Amity another visit if only to be reminded of how much humor lurked in those shark-infested water.

August Osage County
Everyone in the 2013 big-screen version of the Pulitzer Prize winning play looks sweaty, overheated and uncomfortable. Even if the dialogue didn’t repeatedly remind us that summers in Oklahoma are scorching, you’d find yourself wanting to offer the characters a refreshing beverage. No wonder the cantankerous clan, reunited by the death of their patriarch, is constantly at one another’s throats.

Frozen
No, not the animated flick that turned “Let it go” into the most overused phrase of 2013, but rather the 2010 thriller in which a trio of college students find themselves trapped on a ski lift in the middle of a blizzard. Trust us, no matter how cold it is outside, their plight will leave you feeling positively toasty by comparison.

Got a flick that you think can warm up a chilly day? Hit the comments and tell us about it!