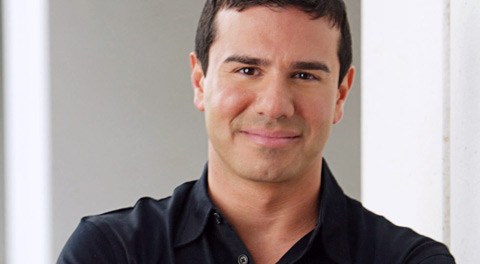 Sam Saboura has made his mark as a top stylist and as television’s original makeover authority. He believes that style should be approachable, unintimidating, and easy to understand—as much for the real person as for the high-profile celebrity. 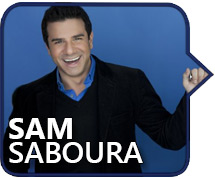 His passion for style began at the age of 8, when he experimented with makeovers on anyone who would stand still long enough. He launched his professional career as the personal shopper at the famed Fred Segal, LA’s most exclusive specialty store. For several years, he remained Hollywood’s best-kept secret, dressing many of the world’s most visible stars—including Sarah Jessica Parker, Jennifer Aniston, and Brad Pitt—who came to rely on his extraordinary eye and impeccable sense of style.

In 2003, Saboura joined the cast of ABC’s Extreme Makeover. As the host of this international hit series, he led an elite team of professionals who transformed the looks—and lives—of individuals throughout the country. With his warm personality and tough love approach to self-improvement, he quickly established himself as one of television’s leading style experts, endearing him to millions of fans worldwide. Extreme Makeover remains a television sensation, airing in more than 100 countries.

Saboura continues to bring his own brand of fashion expertise to television, offering commentary at red-carpet events and on popular news and entertainment shows. As an on-camera host and fashion authority, he provides style insight that is practical, constructive, and highly entertaining.

He is a regular guest and contributor on The Today Show and The Talk, a lead editor forThe Hollywood Take and works as a fashion expert for national publications, including Us Weekly, People, InStyle, Cosmopolitan, Life and Style, USA Today, the New York Times, the Chicago Tribune, and the Boston Globe. Saboura remains in high demand as a personal stylist for celebrities in the film, television, and music industries, and works extensively as a freelance wardrobe designer, creative director, and brand spokesperson.

His latest venture is hosting TLC’s hit wedding show Something Borrowed, Something New, the newest addition to the network’s bridal lineup and an overnight success. The show addresses the classic wedding dilemma: should the bride wear a beloved family heirloom or buy a new dress that fits her own sense of style? Saboura takes the bride shopping for the contemporary gown of her dreams, and she ultimately must make the highly emotional choice between borrowed and new.

“This is the most important dress a woman will ever wear,” states Saboura, “so the pressure and excitement are sky high. My job is to help the bride look and feel like the ultimate version of herself…to give her that spectacular red-carpet moment every woman should have on her wedding day.”

Saboura is certainly the right man for the job. He has styled national bridal campaigns, contributed to numerous magazines and entertainment news programs as an authority on celebrity weddings, and styled both private clients and celebrities for their walk down the aisle.

Learn more about Something Borrowed Something New