Revenge is a dish best served cold — but what about stale? Three episodes into its fourth round of Emily Thorne/Amanda Clarke vs. Victoria Grayson, the primetime ABC series that’s named for and revolves around the art of payback is plodding along according to its now-established plan: good season… bad season… good season… bad season (so far)… Part of me thinks the network should wrap it up and move on at the end of this season (the return of David Clarke – which, had the show been firing full-blast on all cylinders, would have been a much bigger “Wow!” moment — kind of renders the entire original premise moot), while another part of me thinks the show can be saved by saving the people populating it.

Here’s a rundown of Revenge’s flawed primary players, what’s wrong with them, and how to make them better:

Emily Thorne/Amanda Clarke When did Revenge’s kick-ass (literally) heroine become such a wuss? She had to be saved not once but twice in the third episode! At least I wasn’t rooting for the homicidally inclined, which is progress. It took me a long time to warm up to Emily VanCamp’s icy portrayal of lost, orphaned youth-turned-vengeful adult, mainly because she made Emily/Amanda too coolly blank to elicit much sympathy. But watching her falter last season (and get plugged in the gut by her new groom, rendering her barren) finally made me feel for her. I became as invested in the success of her Revenge mission as she was.

This season, though, she’s a shadow of her formerly badass self, cooking up tired unnecessary schemes — like exposing adulterous/murderous day players at fundraisers — and becoming too apologetic for her past actions. And she doesn’t even yet know that she’s been doing it all for a man who not only isn’t really dead but might not deserve her avenging reverence in the first place (see below).

Victoria Grayson She teetered on the brink of being permanently ruined last season when she killed Aiden, and I don’t think her punishment lasted long enough, since most of it was off-screen. But unlike her kids, who are always trying to claim the moral high ground while acting abominably, Victoria at least owns her inner bitch. I love her for that. She’s the Kate Roberts of Revenge, with one key difference: On Days of Our Lives, Kate never really pays for anything, while Victoria doesn’t really work for anything.

She’s too desperate housewife-turned-widow. Kate, the queen of multitasking, can work and work to bring down two characters at once. (Just ask Jordan and Stefano.) I’d like to see Victoria multitask a little by directing some of her vengeful energy toward a career goal, if she’s not going to aim for originality. Of the three monsters she spawned, one is an artist, so shouldn’t she be more creative? Victoria’s scheming is proving to be less inventive than that of Emily/Amanda. Does she not realize that Nolan Ross is well-acquainted with David Clarke and can easily update him on his daughter’s new identity, if David fails to see it in Emily/Amanda’s eyes? I need for Victoria to step it up, for what good is a Bitch with a capital B without a near-foolproof original scheme and a career goal?

David Clarke He should have stayed dead, but since he didn’t, if that quizzical look on his face as he gazed upon sleeping Emily doesn’t mean he knows his own daughter when he sees her, then Emily/Amanda has spent three seasons living to avenge a man who didn’t deserve it.

Nolan Ross We haven’t seen enough of him this season (his unconditional friendship with Emily/Amanda is the best thing about Revenge and her most redeeming quality), but hopefully that’s about to change. If anyone can thwart Victoria’s scheme to turn David against his own daughter, it would be the man who is close to both David and Emily/Amanda. (Firing that shot in the dark as a knife-armed David hovered over Emily/Amanda was a great start.) Clearly Victoria really hasn’t thought this one through.

Jack Porter They’ve had three seasons and three episodes to make me care more about him, and I’m still thinking that the wrong brother died (R.I.P. Declan). Since they’ve been trying to convince me that Aiden was the love of Emily/Amanda’s life, Jack has been looking more pointless. Does anyone even care whether he and Emily/Amanda end up together? And pray tell, how did he go from being accused of kidnapping Charlotte in the season three finale to being on the Hamptons police force in the fourth season premiere? There’s clearly a story there, but it’s apparently not important enough to tell.

Charlotte Grayson She needs some comeuppance. Plotting to murder Emily/Amanda by fire was a bit much on the payback scale. She’s become too unlikable, which makes me not care whether Emily/Amanda will get through to her. She’s become the Lucy Ewing of Revenge, a poor little rich girl whose whine is louder than her bark or her bite. I would respect her a lot more if she’d had the nerve to at least attempt to kill Emily/Amanda to her face, like her brother did. And by burning down the Stowaway, isn’t she also hurting the boy she’s come to think of as her nephew (which makes her Revenge’s Sabrina Santiago, another character with misplaced anger issues who isn’t really working on General Hospital)? Revenge needs a female moral center who’s more interesting than Jack, but Charlotte is too busy sinking on the fringe or contemplating suicide on top of tall buildings.

Daniel Grayson I prefer him bad, but he needs to pick a side (light vs. dark) and stick with it. He’s becoming more like his late father, Conrad Grayson, so why not just go all the way there? Otherwise, I’d kill him off, too, or send him to jail for shooting Emily/Amanda last season and bring back Virginia’s first-born son, Patrick Osbourne, with a different actor, since Justin Hartley is off to The Young and the Restless to play the new Adam Newman. That’s precisely the kind of character this show desperately needs and the sort of character Daniel should be in order to justify his continued existence. Right now, like his little half-sister, he comes off as merely petulant.

Margaux LeMarchal If they’re not going to give me a reason to give a damn about her (or her extraneous corporate storylines), they need to dump her. Linking her solely to the increasingly loathsome Daniel isn’t helping. Neither are Karine Vanasse’s mannered, angular performances.  She’s trying too hard to be Barbara Carrera as Angelica Nero on Dallas, a character that may have worked in the ’80s but not in 2014 New York society. As a result, Margaux must be the most pointless character ever to call herself a Revenge regular. I miss Ashley Davenport.

Conrad Grayson Why did Revenge’s best character — an evil, ruthless killer who never became unwatchable or, somehow, unredeemable, thanks to Henry Czerny’s layered, under-sung portrayal and writing that regularly gave him comeuppance — have to die 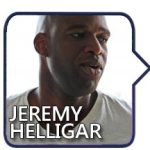 Jeremy Helligar is a Cape Town-based journalist and the author of Is It True What They Say About Black Men?: Tales of Love, Lust and Language Barriers on the Other Side of the World(November 4, Amazon.com), a travelogue memoir about his life and loves abroad.

6 Comments on How to Fix Revenge: A Character-by-Character Repair Guide