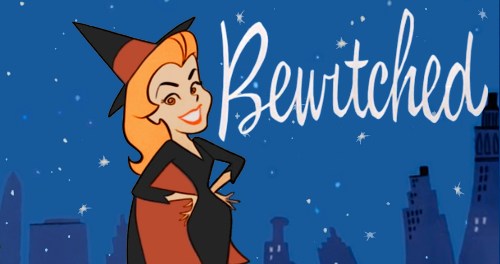 Forget the ladies of AMERICAN HORROR STORY: COVEN or the dark damsels of SALEM. America’s favorite witch is, was and always will be Samantha Stephens of BEWITCHED. And on Friday, October 24th, at 6 p.m. EST/3 p.m. PT, Adam-Michael James, author of The Bewitched Continuum, will be visiting Kroll Call to discuss all things Samantha, Darrin, Tabitha and Endora. In preparation, we’ve put together this little quiz designed to find out just how much you really know about the witchy women and the mere mortal who married into the madness!

1) In the very first episode, what is the name of Darrin’s ex-girlfriend who trash-talks Samantha at a dinner party?
A) Wendy Adams
B) Sheila Sommers
C) Susan Winters

3) While babysitting Larry and Louise Tate’s son, Aunt Clara accidentally turned to tot into twins. What was the name of the boy?
A) Larry Jr.
B) Matthew
C) Jonathan

4) What is the street address of Darrin and Samantha’s home?
A) 1313 Mockingbird Lane
B) 742 Evergreen Terrace
C) 1164 Morning Glory Circle

5) Everyone remembers Tabitha, but what was the name of Darrin and Samantha’s second child?
A) Timmy
B) Adam
C) Peter

6) Samantha had a doppelganger named Serena who stirred up all kinds of trouble. How were Samantha and Serena related?
A) They were sisters.
B) They were cousins.
C) They were mother and daughter.

7) Although Elizabeth Montgomery played both Samantha and Serena, who was credited as having played the brunette troublemaker?
A) Pandora Spocks
B) Monique Treble
C) Sophia Saunders

9) The daytime soap PASSIONS had a lead character named Tabitha who was a witch with unseen parents named Darrin and Samantha and a daughter named Tabitha. An actor from BEWITCHED actually appeared on the sudser playing an unnamed character incredible similar to the one they played on the sitcom. Who was it?
A) Bernard Fox (Dr. Bombay) as a witch doctor.
B)  Erin Murphy (Tabitha) as the head of a coven.
C) Alice Ghostly (Esmeralda) as a bumbling nanny.

10) In the final episode, what did Endora give to Darrin?
A) The ability to cast any one spell of his choosing.
B) A promise to never again interfere in his marriage to her daughter.
C) A pin which forced him to tell the truth.

4 Comments on How Big A Bewitched Fan Are You?