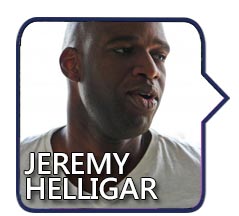 relude to my story was set in New York City. After graduating from the University of Florida in Gainesville with a degree in Journalism, I spent the first 15 years of my career at the top of the city (as high as 36 floors up), covering music, television, movies and celebrities, while interviewing many of the biggest pop stars and rock icons on the planet as a staff writer and editor for People, Teen People, Us Weekly and Entertainment Weekly. I even once inadvertently stood up a former Beatle – Ringo Starr, of course! – after getting stuck in Central Park traffic en route to our interview.

My 5 Most Memorable Moments on the Job:
1) Interviewing David Bowie (twice!).
2) Flying round-trip from New York to Pittsburgh with Bon Jovi on the band’s private plane and getting caught in a fierce thunderstorm on the way back. Scary!
3) Meeting Pink, then 19, before she released her debut album and helping to introduce her to the masses when Teen People gave the newcomer her first-ever cover story.
4) Getting romantic advice from Mary J. Blige during an interview and having her comment that she’d been seeing me “all over TV” (as a frequent on-air pop-culture expert for E!, MTV and VHI, among other networks).
5) Interviewing David Beckham and finding out what first attracted him to his wife, Victoria (the ’90s pop star formerly known as Posh Spice): It was her legs!

Like every great story, an upheaval was necessary. In September of 2006, I moved to Buenos Aires, in search of new adventures and a different point of view, and two years later, launched my blog, Theme for Great Cities, on which I’ve shared many of my expat musings. Since March of 2011, I’ve called Australia (Melbourne), Thailand (Bangkok) and South Africa (Cape Town) home, with month-long layovers in Berlin, Italy and Tel Aviv. Although I’ll forever be a New Yorker at heart, I’m now a citizen of the world. Who knows? Maybe I’ll even conquer Antarctica yet.

Pick up a copy of Jeremy’s book, Is It True What They Say About Black Men?: Tales of Love, Lust and Language Barriers on the Other Side of the World in paperback and Kindle versions.

November 7 – Jeremy talks about his book, Is It True What They Say About Black Men?, and joins Terri Ivens and Mukee Okan on our relationships and sex panel.
December 26 – Jeremy looks back at the year in pop culture — from elevator brawls to famous selfies and everything in between.