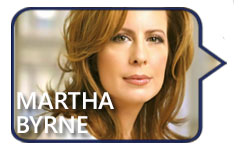 Emmy winner Martha Byrne is best known to television fans for her incredible two-decade run as Lily Snyder (and a few years as Lily’s long-lost sister, Rose D’Angelo) on CBS’s As the World Turns. She is also an innovator in the world of web series and digital entertainment. Gotham, which she produced, wrote, and starred in, was honored with a Daytime Emmy Award in the “Outstanding Special Class Short Format” category. Martha will flex her comedic talents as she headlines the upcoming web series, Weight: The Series.

ON THE WEB:
Keep up-to-date on the latest news surrounding Weight: The Series at weighttheseries.com

August 21, 2015– Martha stars in the series,Weight and she’s back to weigh in on the double standards of weight, the hilarity and reality television, and much more.

Kroll Call is a weekly, hourlong entertainment program that connects the audience to their favorite celebrities, offers advice and expertise on a wide-range of topics, and even lets the audience become part of the show. Kroll Call airs live every Friday at 6pm Eastern/3pm Pacific on krollcall.com and the VoiceAmerica Talk Radio Network. It is available for free on-demand on iTunes, Stitcher, and krollcall.com.